For over decades, Solar has topped the list as the most abundant, energy-efficient, and profitable renewable energy resources available in the world. Several companies are thus expanding towards harnessing solar energy from solar panels to power buildings, factories, malls, etc. Some are also indulged in commercializing the generated energy resource to utility grids. Figures are promising as the solar energy global market value is expected to gain traction in the coming years.

Popular Solar power projects like China's Longyangxia Dam Solar Park is recorded as one of the world's largest solar power parks generating a whooping 850MW of power that is capable of powering nearly 200,000 homes. The Solar Star Photovoltaic Power Station near Rosemund, California. It is the largest solar installation in the United States that is spread over 13 Square Km producing 579MW of power. Another popular solar power project is the ‘Tindo’ that gained huge popularity in the city of Adelaide, South Australia as the first fully solar-powered public bus that offers free Wifi and air conditioning, capable of onboarding 40 passengers.

As investments in solar power projects are gaining great traction over the years. It is estimated that the global Solar Energy market that was valued at $52.5 Bn is projected to reach approximately $223.3 Bn by 2026, with a steady growing CAGR value of 20.5% from 2019 to 2026.

Rapidly growing economies such as China and Japan have significantly increased their investments in the production of solar technologies. Moreover, North America and Europe have largely focused on research to maximize their solar potential. The Middle East and Africa have also gained traction owing to the increase in applications of solar energy for power generation, agriculture, and architecture.

However, what is holding back Solar Energy from taking the limelight of the energy sector?

While the idea of a solar power project may seem to be an investment-friendly option, stakeholders involved in the Solar industry do face several challenges. A few notable ones are the inefficiency of solar cells that may become hampered due to soiling over time, this may result in failing to detect faulty cells causing more downtime due to equipment failure, intermittent weather conditions that may subsequently affect power generation, and of course, high maintenance costs. Managing your solar power assets that are distributed across a wide area of land could also come off as a challenge. When it comes to solar power, transferring data from the edge across a wide range of solar devices is a standing obstacle. This is where your system's infrastructure will come into question.

How does IoT help accelerate the growth & development of Solar Energy for the masses?

With several cities beginning to adopt solar panels for power production and distribution, effective monitoring and maintenance of panels have become crucial in calculating their performance and cost-effectiveness. With the advent of the Internet of Things, sensor connected solar panels can be easily monitored from afar for gathering data from the edge, schedule for maintenance, optimizing efficiency & performing fault detection to address panel defects immediately and thereby maximize outputs. While factors such as cost of implementation, security & connectivity concerns were once a problem, IoT solutions of today have resolved such issues making wide-scale implementation a reality. Several companies are shifting their focus towards adopting IoT systems to fulfil customer demands and leverage customer satisfaction.

A few categorial benefits of adopting the Internet of Things for your solar power system can be described as follows:

Tracking and analysis of sensor data will help monitor the physical health of the solar power plant and devices in real-time from afar. The provision of a centralized monitoring system can give visibility over PV modules, transformers, inverters, and combiner boxes.

An in-depth recovery of the system's historical data can provide insights into the solar unit's performance that would prompt to address performance issues in a timely manner, thereby increasing efficiency and reliability.

Predictive analytics will enable detection of faults, malfunctions, degradations and in components such as solar modules, Inverters and Transformers. This can contribute to lowering system downtime and power generation loss due to device failures.

A typical solar power panel consists of thousands of power panels that are spread across a vast area, all of which are independently producing electricity. The panels are linked to solar inverters that convert the Direct Current energy (DC) to Alternative Current (AC) that can be used to power homes and buildings.

When it comes to managing several solar panels together, a Smart Solar Power Monitoring Device can very well get the job done. It consists of a network of connected sensors that are located throughout the solar project to monitor and record data, the collected data are information related to environmental conditions and energy production. The network of connected sensors embedded on the panel transfers the collected data to an IoT Gateway that may be located a few kilometres away. The gateway would aggregate the sensor data and upload it to the data centre. All data sent to the cloud will be displayed to the user through application software.

Mesh networking features are exceptionally essential for IoT use cases. The Smart connected Solar Power Monitoring Device is one such use case that would benefit from the power of mesh networks. In BLE networks, Mesh topology enables mutual communication between all nodes – devices within the range. Together with support for an almost unlimited number of network subscribers in a single BLE network, this feature extends the network coverage, increases the robustness and at the same time protects the network from the single point of failure.

The complexity of current IoT systems

In general, IoT applications are rather complex and fragmented, and hence, a robust end-to-end platform is a must when it comes to transmitting and processing the data produced at the source which finally gets integrated into the enterprises' application platform. This requires the establishment of consistent connectivity, data security, and ensuring that all smart cellular modules, gateways, and application platforms are all well integrated.

At the same time, you'll also require your device and software to provide real-time stats on whether the solar unit is delivering sufficient energy levels. More complications may also arise as you add more panels to the unit making asset management more difficult with higher chances of vulnerabilities to the system. And thus, an end-to-end IoT connectivity and modem management solution is highly recommended to simplify your solar power project. 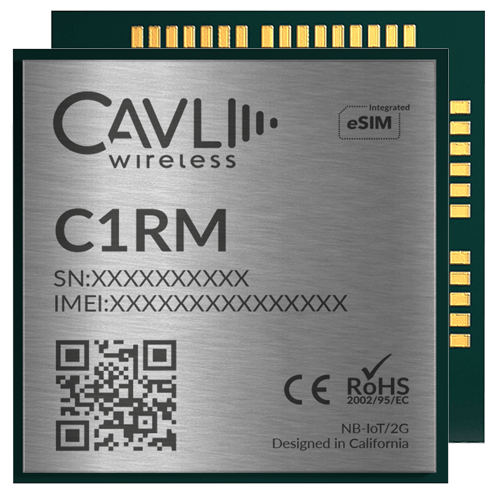 Cavli’s LTE CAT NB-IoT C1RM with a 2G fall-back option is a smart cellular module that comes with an integrated eSIM (Embedded SIM). The C1RM smart module is specially curated to power and launch your smart-connected Solar Power Monitoring Devices spread across the globe.

The NB-IoT compatible C1RM module with a 2G fall back option can ensure that your smart solar power monitoring systems can be deployed even in the most remote regions of the world where LPWAN deployments can also happen in 2G. The change of network back to NB-IoT over-the-air is supported through the Cavli Hubble IoT platform whenever the network is available. The integrated eSIM coupled with Cavli Hubble global IoT connectivity ensures that the module can be launched and deployed globally. 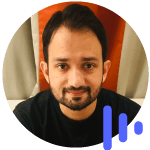