Understanding the world of satellite based global navigation systems

This miniblog is part of Cavli's Nerdiest of Things series, which attempts to demystify a wide range of topics and terminologies that can help you better understand the world of Internet of Things and Smart Connectivity.

Being good with directions and routes used to be a sign of intelligence back in the day, well not anymore. Digitization has transformed the world of navigation. From using Radars and compasses to satellites and GPS, navigation has truly gone through a massive transformation from the late 20th century to the present day.

Major Revolutions in the world of Navigation

It was in 1993 when the Global Positioning System (GPS) system became fully operational with a full constellation of 24 satellites. Today, GPS is by far the most widely used navigational tool. Another milestone in the navigation world was, On Feb 8, 2005, when Google Maps was officially made available for desktop users as a brand-new way to help people "navigate from point A to point B." Now, Google maps can provide information on traffic conditions, alternate routes, street views, 45° views, Indoor mapping, and many other elements that further digitize the map and improve people's lives. Today, More than 1 billion people use Google Maps every month across the globe. It's hard to remember a time before Google Maps was integrated into almost every website on the internet, yet the Google Maps API wasn't available until mid-2005. Today, Google Maps Platform is used by more than 5 million websites and apps weekly.

While in India, MapmyIndia offers a wide range of location solutions addressing the navigation needs of automotive companies. MapmyIndia has become one of India's best navigation maps and has a 95% market share of the in-dash navigation market for India. Presently, it provides navigation to major automotive players like BMW, Jaguar Land Rover, Daimler, Mahindra, Hyundai, Mitsubishi, Ford, and Toyota, and hence is in contention for all other navigation engines.

What is a Navigation System?

Navigation is the process of determining an object's position, speed, and direction. Whereas a Navigation System is computer-aided navigation. They can be fully on board the vehicle or vessel they're managing. For example, on the bridge of a ship, they can be situated elsewhere and control the car or vessel via radio or other signal transmissions. The two main categories of Navigation Systems are Physical Model-based techniques (PMMs) and External Data-based approaches (EDMs). Inertial navigation systems (INS) and dead-reckoning navigation are examples of PMMs. They measure different changes in an object's condition, such as velocity and acceleration, to estimate its current position. The Global Navigation Satellite System (GNSS), which is represented by GPS is an example of an EDM. Ground vehicles, ships, and airplanes are all included in the application's scope.

GPS is the oldest GNSS system. It began operations in 1978 and became globally accessible in 1994. The Global Positioning System (GPS), formerly known as Navstar GPS, is a satellite-based radio navigation system owned by the US government and managed by the US Space Force.

The Global Navigation Satellite System (GNSS) is a constellation of satellites that transmits location and timing data to GNSS receivers through space signals. This information is subsequently used by the receivers to calculate their position. The performance of GNSS is assessed using four criteria: Accuracy, Integrity, Continuity, and Availability. 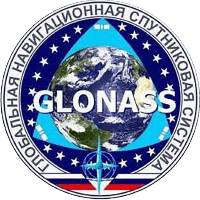 The GLObal NAvigation Satellite System (GLONASS) was launched in 1993 with 12 satellites in two orbits at a height of 19,130 kilometers. There are now 27 satellites in orbit, all of which are functioning. The Russian Aerospace Defense Forces run GLONASS, which is the second alternative navigational system in use. 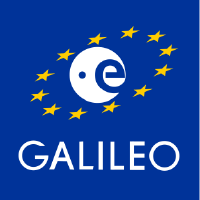 Galileo is the European Union's global navigation satellite system (GNSS), which is accessible for public and commercial usage. The Galileo system will have 30 active satellites and 6 spares in orbit when completely deployed. Currently, 24 of the 30 satellites are in orbit. 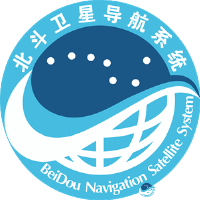 China's Satellite Navigation System is known as BeiDou. It now has all 35 operational satellites in orbit. BeiDou-1 and BeiDou-2 are two distinct constellations. BeiDou-1, commonly known as the first generation, was a three-satellite constellation. 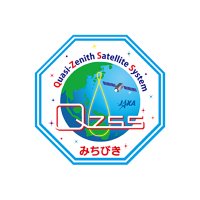 The Quasi-Zenith Satellite System, commonly known as Michibiki, is a four-satellite regional time transfer system and satellite-based augmentation system developed by the Japanese government to supplement the US-operated Global Positioning System in Asia-Oceania, with an emphasis on Japan. 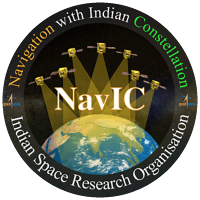 The Indian Regional Navigation Satellite System (IRNSS), subsequently known as NavIC or NAVigation with Indian Constellation, is the country's regional satellite navigation system. The Indian Space Research Organization (ISRO) launched and operates IRNSS, which covers India and adjacent territories with a range of up to 1,500 kilometres. All seven satellites are currently in orbit.

Segments in a Satellite System

Each of them consists mainly of three segments:

These segments are almost similar to the three satellite technologies, which all together make up the GNSS.

The space segment consists of GNSS satellites orbiting the planet at an altitude of about 20,000 kilometers. Each GNSS has its own "constellation" of satellites placed in orbit to provide the required coverage. Each satellite in a GNSS constellation emits a signal that identifies it and provides information about its time, orbit, and state.

The user segment consists of devices that analyze GNSS satellite signals and use them to calculate and apply position and time information. There are cell phones and portable receivers for hikers to sophisticated, specialized receivers for demanding surveying and mapping applications.

To learn more and dive deep into this topic, Check out Cavli's Industry Primer on GNSS & Navigational Systems.

How can Product makers leverage the best of Cellular enabled IoT & GNSS systems ?

Cavli’s line of Smart Cellular IoT Modules, the Cavli’s C Series, includes only the most advanced, robust and innovatively designed cellular enabled IoT modules - C42GM and C10GS, which are paired with Multi-Constellation supporting GNSS capability. The presence of an integrated eSIM coupled with Cavli Hubble Global Connectivity ensures the modules can be deployed across the globe, making it an ideal solution for logistics, automotive, vehicle tracking systems, and more.

Feel free to write to us at solutions@cavliwireless.com, or you can book a demo directly with the link below.