Is the true power of LTE-M networks yet to be unleashed?

Although the 3GPP (3rd Generation Partnership Project) Release 15 has officially commenced the distribution of the 5th Generation of Telecommunication (5G) networks, the adoption of legacy mobile technologies that long reigned in the market such as LTE (Long Term Revolution) is still continuing to gain momentum.

Ever since its release in 2010, several Mobile Network Operators (MNO) across the world have heavily invested in the LTE network rollouts, towards the transition from 2G/3G to 4G. Large scale global deployment of LTE networks has contributed towards improved network coverage, easily available and affordable high-speed devices.

LTE-M, the industry term for LTE MTC (LTE - Machine Type Communication), which refers explicitly to LTE-M1, is an abbreviation for Long Term Evolution (4G) category M1 or Long Term Evolution of Machines. The radio technology is a standards-based protocol that offers extended indoor and subterranean coverage and is apt for Low Power Wide Area IoT applications, supporting a battery life for smart devices longer than 10 years.

Applications and Use Cases of LTE-M 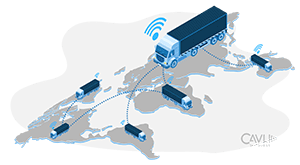 Fleet Management Solutions enable SMBs & Enterprises to optimize schedules and routes for their logistics department - be it for vehicles that are traversing interstate or heavy engineering vehicles that move within predefined geo-fences. With LTE-M coverage, be able to remotely optimize vehicle routes, monitor driver behavior, increase productivity, cost-efficiency, and obtain the efficiency of your fleets.

With the need for intelligent and sustainable environments, smart city projects are today gaining much traction. Energy distribution authorities can remotely monitor and control the distribution and consumption of resources at any given location with Smart Utility Metering solutions. 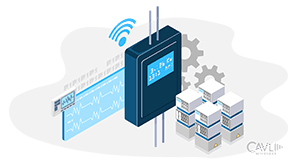 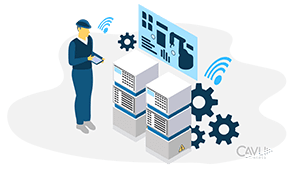 In environments like factories and industries, heavy machines and equipment would require a timely inspection to detect signs of wear or tear. IoT-enabled techniques are designed to help determine the condition of in-service equipment in order to estimate when maintenance should be performed. The Industrial Internet of Things (IIoT) is making this easier for the user by using Predictive Maintenance solutions to forecast and detect anomalies before fault incidents.

Read more about LTE-M and its key features 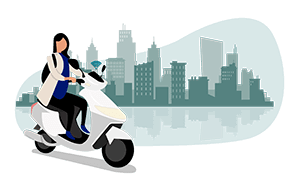 Unleashing the true power of LTE-M networks for IoT applications

With a motive to democratize IoT for everyone and unleash the true power of LTE-M networks, Cavli Wireless and Orange Business Services are coming together to offer seamless LTE-M connectivity for IoT applications through Hubble99.

Cavli Wireless already has access to LTE-M networks in Europe and North America. By collaborating with Orange Business Services, our C42QM and C42GM LTE CAT M1/NB-IoT module will have seamless LTE-M connectivity, globally. Cavli’s partnership with Orange Business Services will witness the onboarding of approximately 200k devices live on Hubble99 in the next 12 months. Cavli Hubble through the Orange LTE-M network will move freely across regions without hitting connectivity or power issues.

“IoT can finally achieve true mobility with LTE-M. Devices can move unrestricted over a wide range, opening up new application opportunities that would otherwise be impossible using 3G or 4G. LTE-M is the best low power solution for tracking applications, and Orange has been a pioneer in LTE-M across Europe along with the best reach through roaming coverage,” said John Mathew of Cavli

The decline of 2G

Originally designed for voice calling in mobile communications and for applications requiring small amounts of data, 2G networks are popularly known for its reliability but sadly infamous for being among the slowest cellular connections in the market. This makes it difficult to achieve stable connectivity in hard-to-reach areas. With the bandwidth levels reaching its peak in the frequency range allocated for 2G, a new standard technology for its replacement is inevitable given the large adoption of smart connected devices/products in the years to come. 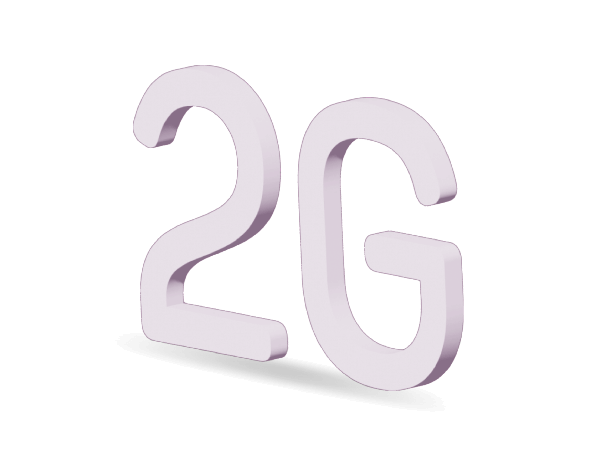 The 2G Sunset has set technological constrain on enterprises hugely dependent upon the 2G network. Access the use case document to learn how to transit from 2G to existing networks without major device changes or field recalls.

When compared to 2G, LTE-M networks offer a better solution in terms of remote coverage, data speeds, higher bandwidth & network capacity, longer battery life, and low device cost. While the transition remains challenging in several regions where IoT use cases such as Light Vehicle/Asset Tracking relies on 2G, it's about time that regulators and IoT product makers alike need to realize why LTE-M is the future of connected things. In most cases, simply adding a new modem to the existing infrastructure could be an easy solution. Although an entire replacement of the outdated infrastructure could potentially increase device functionality. 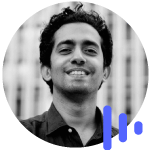