The depth of IoT device management

As ubiquitous as it sounds, The world of IoT is quite complex with value chains spread around the world from the silica that gets mined to the firmware that gets written to the logic chips to the system of modules that are packaged into every day as well as not-so-everyday smart products. Organizations - big or small, face an equal share of unexpected and expected challenges during IoT deployment. Like we expect human offsprings to conquer the world on their own, once they graduate, the same logic may not apply to all those millions of devices that get deployed across terrains and use cases. These devices need to be constantly monitored for health, security, and connectivity. While IoT device management is one among the most effective keywords on digital to rank higher for a plethora of IoT management solutions out there in the market, the question remains, how many of them can actually help businesses & product makers with the fundamental pillar capabilities of IoT device management, namely

According to Valuates Reports, global IoT device management's market size is expected to reach USD 6254.5 million by 2026. The projected growth of the IoT device management market size can be attributed to the increasing demands to move towards an entirely remote model of engagement, one that requires fewer feet on the ground for massive IoT projects. Imagine maintaining a fleet of 1000 service professionals on call to ensure 50,000 smart street lights remain in prime condition. Ideally, IoT device management needs to level up to such an extent that the thought of having that 1000 member strong technician team needs to sound insane and unnecessary.

An IoT application management solution facilitates building IoT systems by offering built-in tools and capabilities that focus on communication, data flow, Insights, and command control. As of today there are over 5000 generics as well use case-specific IoT application platform SaaS solutions out there. The real deal is the messaging/communication infrastructure that these application platforms can facilitate which ultimately determines the ease of interfacing the hardware with the platform for effective control, troubleshooting & updates.

The depth of IoT device management becomes critical for mid to large-scale IoT deployments when a large number of nodes need to be in check, all having an equal say in the business process it is optimizing. Imagine a scenario for a critical infrastructure automation system in railways - we simply can’t expect 999 nodes to be in control and 1 node not responding. The margin for such errors is low in such applications.

With projections of over 50 billion connected devices by 2025, IoT device management systems will be judged based on the following governing parameters.

How can devices, cloud connectors, network protocols, and databases co-exist seamlessly at scale continually interacting with each other while all this is achieved at a cost that is justifiable to internal & external stakeholders?

IoT security is already recognized as one of the most relevant hot cake topics. An intrusion into an IoT device potentially opens floodgates that can jeopardize other affiliate systems high up the value chain. How many of you have seen that scene from the golden globe award-winning American show Homeland, where terrorists hack their way into the American president’s pacemaker to put him to eternal rest. Now we don’t want that happening right?

Over the Air Updates

IoT deployment requires constant software-firmware upgrades to mitigate IoT network risks in routers and base stations. Shifting to automated scheduled security updates can save on service personnel cost, prevent malicious intrusions and ensure the power of the software absolutely permeates to the hardware.

IoT devices interact with each other frequently. The data-driven model delivering insights from multiple device sources is the foundation for a successful IoT solution. IoT device management helps improve devices' performance by gathering feedback to change the configuration, extend features of applications, and enhance device lifecycle.

What is an effective framework to judge an IoT device management function?

The IT-enabled precision agriculture market globally is set to be a 50 billion USD market in the coming years. British farm equipment manufacturing giant John Deere is ramping up their sensor-based solutions to give farmers on-field real-time feedback on the seeds being planted/area of land. This lets them adjust pressure & spacing during the operation. Such high-precision sensor-based solutions need to be constantly monitored and calibrated timely to ensure they return near accurate results. Source. This is possible only when a robust device management module is part of the application layer. One that establishes a seamless command & control channel between the application layer and the sensor solution on the field.

Cavli Hubble and the game we play in IoT device management 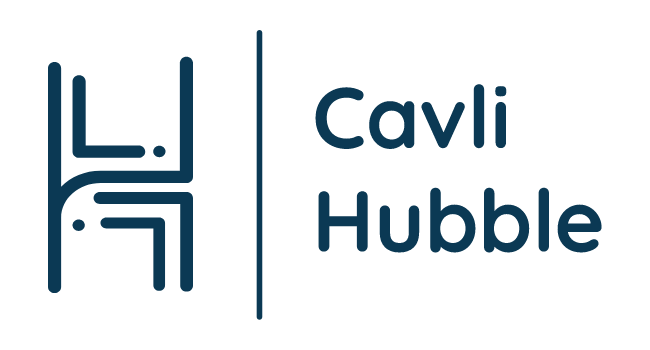 Cavli Hubble has its own messaging infrastructure based on MQTT called the Hubble Messaging Service and alternatively has the capability to easily integrate with third-party infrastructure with the ultimate aim of enabling absolute interoperability with IoT business application management platform solutions.

Hubble messaging service is designed in such a way that each customer will have a virtualized broker containing multiple apps as a sub-system inside the broker. Users need to create a new app and assign required device groups to the app to start messaging between the device and the customer platform. After the app is created, Hubble will from then on route the device messaging request to the customer virtualized broker and this process is fully automated between the device and the platform.

Cloud connector service is in the beta phase with customers. This feature enables customers to connect the virtualized MQTT broker directly to their cloud provider service endpoints like AWS SQS, SNS. This means that customers can get the data directly injected from the broker to the customer application database or feed provisioned dedicated datastore engine by Hubble platform directly, without having an MQTT client connecting to the Messaging service brokers. This service will be a full-duplex two-way communication connector, allowing customers to send and receive data from devices.

Hubble device management uses MQTT 3.1.1 version to communicate with devices. If the device successfully completes the Hubble registration AT command, the device management service will be automatically invoked and will establish the connection with the platform. If the customer wishes to deactivate the connection, it can again be simply achieved with the help of AT commands.

When the service is activated, the devices will subscribe to required topics to listen to requests from the cloud and this is a background non-blocking process.

Each device will receive a unique PSK (Pre-Shared Key) from Hubble after a successful AT command registration. Hubble uses a custom authentication scheme to reduce data consumption and to have an enhanced security layer. Devices will use these PSK to hash many device-specific static parameters and use the hash key to encrypt/decrypt the payload to and from the platform.

Cavli hubble server establishes a connection with the devices and fetches device management parameters information. More than 40+ vital parameters pertaining to device & network health are continually monitored and with Hubble’s remote diagnostics capability, the user has the capability to remotely diagnose those that require troubleshooting.

While the IoT market is broadly divided into consumer IoT and industrial M2M IoT, the need for absolute backdoor access for the OEMs to improve the customer experience is still a question of debate. On one hand, Industrial IoT greatly benefits from that kind of remote diagnostics capability, while the world of consumer IoT has seen itself get tangled in a meme culture surrounding privacy. It is an accepted notion these days that our Alexa’s and Google minis are listening to all our conversations and creating digital notes for advertisers eyeing a share of our wallets.

Major companies across industries, directly or indirectly operating in the IoT value chain are increasingly realizing the greater benefits of a robust device management function as part of their technology layer. Automotive giants around the world are engineering connected embedded solutions to simply study user behaviour and gather business intelligence so that the benefits can later translate to the front end with improved customer experiences. Just a matter of time before a legion of IoT developers are enabled to diagnose and improve their solutions in real-time. At Cavli, we hope to empower those innovators with Cavli Hubble. Get in touch to get a demo of our Hubble Messaging Service and device management capabilities. 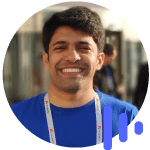